My Audio Cables (MAC) is a new entry in the plethora of low-cost cable purveyors springing up on the Web. This review is the fourth in a series that I've written in the last two years, including Signal Cables in June 2003, River Cables in December 2003, and Element Cables in September 2004. Three of these companies are grassroots startup efforts, while River Cable is a long-time pro audio provider that has recently moved into the direct-sale retail market. All four companies were inspired by the same idea—to create reasonably priced, sensibly engineered audio cables that compare favorably to much more expensive cables. I have e-mailed or spoken with all of these cable makers, and all expressed feelings ranging between consternation and contempt that anybody would spend thousands of dollars on audio cables. All dismiss multi-tiered pricing as mere marketing, and claim to deliver their best efforts at one or two direct-to-consumer price points between $100 and $300.

Before I beat up too much on high-end cable manufacturers, it is only fair to point out that many of their cables are made of exotic materials and are very expensive to manufacture, and also that many listeners find that their performance justifies the cost. It is also true that most major cable companies have multi-million dollar research and testing facilities, and look down their noses at the DIYers who craft their cables in home workshops. I cannot impugn the importance of rigorous research and sophisticated testing, but like other components, cables tend to be voiced according to their designer's sonic predilections (or those of the assumed audience). I have heard very pricey cables that have grotesquely boosted top ends that introduce gobs of edge and definition at the expense of natural timbre. Some high-end manufacturers apparently think that if they want their customers to spend big bucks, they must deliver sound that zings as opposed to sound that sings. Add the crucial importance of system matching, and you are better off listening to a wide range of cables at different price points before deciding which sounds best to you.

Consumers, VARs, integrators and many more can build Custom Cables to your business’s, other professional installation’s, or personal specifications using Datacomm Cables (Cables.com)’s unique online cable configuration tool. Call us in New York at (631) 617-5190, at (800) 372-3725 Toll Free throughout other United States locations, or CONTACT US using the form on our site, or build. My Audio Cables (MAC) is a new entry in the plethora of low-cost cable purveyors springing up on the Web. This review is the fourth in a series that I've written in the last two years, including Signal Cables in June 2003, River Cables in December 2003, and Element Cables in September 2004. Three of these companies are grassroots startup efforts, while River Cable is a long-time pro audio.

Stephen Hallick, the owner and proprietor of My Audio Cables, makes all of his cables by hand, employing silver-plated copper terminated with solid silver connectors for the interconnects and silver or gold bananas for the speaker cables. Given these materials, his prices are very reasonable. Hallick has attracted a devoted following in the last year, and recently reached an agreement with another DIY hero, Steve Deckert of Decware, to market his power cords under the Decware name while continuing the sell the cords under his own moniker. Stephen supplied me with a full complement of his Sound Pipes cables, including interconnects, speaker cables, and power cords. I worked them into my system over the course of two weeks, replacing my reference Element Cable interconnects and speaker cables and Signal Cable power cords.

My experience with the break-in period of all of these cables was consistent. They all sounded good but somewhat closed-in for the first day or two, then downright unpleasant for several days, before fully breaking in after about a week. The low end was the last piece of the sonic picture to arrive. It was a bit loose at first, but a slight repositioning of my Harbeth speakers tightened it up. The image they created was somewhat wider than that of the Element cables, and their tonality and imaging really locked in when the speakers were toed out a few degrees, so that the speakers were pointed at my shoulders rather than directly at me.

The MACs were not the most extended cables I've heard, at either end of the frequency spectrum—particularly the top—but they possess the most pure and natural midrange I've experienced so far. Their character is a bit dark, and they don't capture the air of different recording venues and concert halls quite as well as the Element cables, but their perfectly smooth midrange presence has to be heard to be believed, and they reign supreme on several other fronts as well.

They helped my system to image and soundstage extraordinarily well. Voices and instruments had terrific depth and dimensionality, and stereo effects were not limited to left, right, and center. The Sound Pipes had uncanny spatial definition across the soundstage. Many classic jazz records feature a stereo spread with instruments hard-panned into each channel. The MAC cables did an amazing job of giving each musician his own piece of terra firma within that hard-panned channel. I have heard this effect before, but never as strikingly. If your components are capable of creating the effect, the MACs will deliver it. Classic Records' recent LP reissue of Duke Ellington's Piano in the Background provides a perfect illustration. This terrific pressing of a great golden-age Columbia recording has Duke and his Orchestra (including Johnny Hodges, Ray Nance, Jimmy Hamilton, and Paul Gonsalves, among others) spread out on a vivid, palpable stage. Close your eyes and you'll think you're there. The MAC cables placed every one of those musicians at an exact point, both horizontal and vertical, on an apparently two-tiered bandstand. Most importantly, the tone of each instrument sounded spot-on. The MACs have a slightly sweet character, but the trademarks of Duke's famous soloists came through beautifully.

I had the good fortune of test driving a few of the new Living Stereo SACDs with the MACs in the system. The cables had no trouble revealing both the limitations and the strengths of RCA's 1955 recordings of Munch and the Boston Symphony Orchestra playing Beethoven's Fifth and Sixth. These old tapes are dynamically constricted, but they remain a marvel of three-dimensional staging and midrange purity. I think Munch is underrated in the Germanic repertoire, and while these performances are not as thrilling (either performance-wise or sound-wise) as his Beethoven Ninth or Brahms Fourth, they are still wonderful accounts, particularly the Pastoral, which is both the better performance and the better recording.

Also just out on SACD is Pierre Monteux's performance of Franck's Symphony in D minor from 1961, which demonstrates the advancements made by RCA in the intervening six years. This is a more wide-band, bigger, and better recording, and I think it belongs in the top tier of the Mohr/Layton recordings. Despite a few moments of shaky ensemble playing, this is also the best performance of the piece that I know of, and it is the only one that makes me want to listen to the work all the way through. The new batch of Living Stereo reissues was addictive with the MACs in the system, with sweet string tone, huge soundstaging, and naturally blooming dynamics. Brass had the requisite bite and winds were warm and woody, but also piercing where appropriate.

Another strength of the Sound Pipes is their ability to render convincing scale and proportion. On the Living Stereo discs, and on all of the other symphonic recordings I listened to, the different sections of the orchestra sounded extremely well-balanced and in proper scale. Like many things, this is a quality that you cannot comprehend until you hear it. The benefits are not confined to orchestral recordings. On the recent ECM set of the Beethoven cello sonatas, the mix between cello and piano sounded better than I remembered, and there were lots of subtleties I hadn't previously noticed, especially in the way cellist Miklos Perényi and pianist Andras Schiff played off of each other.

Jazz and classical music sounded wonderful with these cables, but I'm sure many of you are wondering if they can rock. Luckily, I had a copy of Rhino's new reissue of the Stooges' Fun House on hand. This, the Stooges' second album, was considered more or less unlistenable when it came out in 1970. The sound is a deliberately murky caterwaul of guitar, bass, and vocals, held together by a clear and extremely well-recorded drum set. The Sound Pipes may be a little more suave than is ideal for this music, but they left enough of its loud, dirty raucousness to get the point across. Their relative suaveness did not obscure the brightness of Rhino's razor-sharp remastering, and it sounded cleaner, clearer, and more detailed than any previous issue. Some may love it, but I thought that it misrepresented the music, scrubbing clean what was deliberately grimy. Those who want to hear this album in all its glory are advised to seek out the Sundazed LP, which gets the balance of guitar murk and percussive power exactly right. Torrent for mac os x leopard.

All of these observations are based on listening with an entire system full of MAC cables. When I swapped them in and out, I noticed that they had their way even when matched with other cable brands. If you want to listen to just one MAC product, I would recommend the interconnects. They will give you a good idea of what the Sound Pipes are all about, more than the speaker cables will do. However, the full line of interconnects, power cords, and speaker cables synergize well, and enhance each other's performance.

Very late in the review process, Steve Hallick sent me his new pure silver Sound Pipe interconnects. These exhibited all of the strengths of the silver-plated copper models while extending their somewhat reticent top end. The effect was stunning. Richard Thompson's new recording, Front Parlour Ballads, is an all-acoustic outing, and the silver Sound Pipes captured both the warmth and the bright snap of the strings on Thompson's guitar. Overtones, attack, and decay were all improved, without any of the brightness or edge that is often the downfall of silver cables. A second listening to Fun House left me with no reservations about excessive suaveness. The silver interconnects are still fundamentally sweet sounding, but they are not sugary. I don't think that anyone will feel cheated by their speed or detail. They get my top recommendation, though some listeners may prefer the slightly darker-sounding original Sound Pipes, which have a warm glow similar to that of the Spendor loudspeakers.

Of the many cables I've heard in the past few years, the MAC Sound Pipes provide the best balance of virtues. They have a midrange evenness similar to that of the River FLEXYGY speaker cables, but are less soft and more extended. The Element cables are more extended than the MACs, but may exacerbate brightness in some systems. The Signal cables deliver more bass power, but less musical refinement. The MACs are the most musically convincing cables I've heard, and they brought out the best qualities of my components.

As always, your choice will be a matter of subjective preference and system synergy, but for now, my preference lies with the MAC Sound Pipes. They agree with my system, they agree with my new listening room (which is larger and livelier than my old one), and they agree with my musical biases. They have caused me to indulge in longer and more enthusiastic listening sessions than any other cables I've tried. At this price, and with a thirty-day money-back guarantee, you owe it yourself to give them a try. Tom Campbell 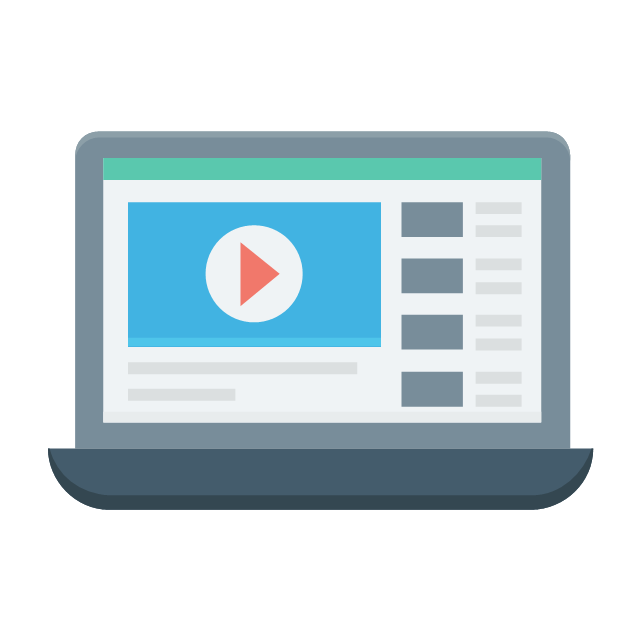