Sometimes, pen and paper just don't cut it. It's easy to forget or lose where you've written down everything you want to get done. On other occasions, it's just impossible to fit everything on one Post-It note.

Thankfully, there are plenty of options when it comes to digital to-do lists. The productivity sections on most app stores are crammed with tools to help you organise your life. There's a real range of to-do software out there: some are feature rich and others are little more than a simple checklist. Whatever your way of working, there's a technology-enabled solution.

To save you the time of sorting through all the apps, here is a selection of some of the best.

Looking for more productivity apps and services? Check out our guided to the best iOS apps and best Android apps.

The app from Cultured Code is one of the most aesthetically pleasing to-do apps out there. Unfortunately, it is only for iOS and Mac but there are ton of options for those who decide to go for the app. Tasks can have large headings with sub-groups and checklists underneath them, you can drag tasks with a finger on mobile to reorder them, and reminders can be set to pop up at a specific time. There's a fairly high cost to Things: on Mac it is £48.99, iPad £19.99 and £9.99 for iPhones.

Todoist attempts to gamify productivity. For completing tasks you get awarded karma and over time it is possible to track how much you are getting done. There are apps for almost every device (web, iOS, desktop and Android), plus it also integrates with web browsers and there are plugins for Gmail and Outlook. There are options to review the upcoming week, colour code priority tasks, and delegate items to other people in shared lists. There are two tiers of Todoist: a free version exists but there's also a premium model that adds extra features – such as location-based reminders, templates for tasks and automatic backups – that costs £27.99 per year.

This Apple-only productivity manager is built for people who like to seriously organise themselves. It's based on the Getting Things Done time management method and has options for seemingly every possibility. Omnifocus has folders, subfolders, projects, contexts, flags, reviews, forecasts and much more. Custom views can show only the next task in each product to help you keep focus. For some people, there may be too many options. A Pro version lets you run AppleScripts to add automation and offers more extra features. On Mac the standard version costs $39.99 (Pro is $79.99) and iOS is £39.99 (Pro: $59.99).

This German-created app is on its last legs. After Microsoft purchased the startup that created it in 2015, the tech giant committed to closing Wunderlist. Microsoft is replacing it with a Wunderlist clone called To-Do but so far it hasn't managed to replicate its success. Wunderlist is still one of the best options out there at the moment. It's free, easy to use, syncs incredibly quickly, has options for due dates, sub-tasks, attachments and much more. Most importantly, it's available across all devices. The big caveat is that we don't know when Microsoft will pull the curtains on the service for good.

The chances that you own either an iPhone or Android device are pretty high. If you're looking for a barebones to-do list tool that's built specifically for your phone then both Apple and Android-based phones have their own offerings. Both are straightforward and don't come with any thrills. On iOS and Macs, Reminders is a checklist based tool that lets you have multiple lists and items contained within each. You can also set when and where you want to be reminded, add notes and due times. Whereas on Android, Google has recently released Tasks, a new app that's fairly similar to Reminders. There aren't any advanced features but Google's version works with Gmail and its other apps.

Get 2Do, a handy task manager that fits any schedule.

With life’s busy schedules and numerous distractions, staying on top of tasks can pose a challenge — that’s why every single productivity guide recommends you to keep track of everything in your mind with a to do list to achieve your goals.

While, historically, to do lists were handled by pen and paper, with the rise of mobile technology and modern software, it’s far more efficient to use a specialized to do list app to stay on top of your tasks.

That said, the beauty of pen and paper lies in the ability to format, write, and manage however you see fit, whereas apps force you into their predefined frameworks. And exactly because to do lists can be so personal, it’s worth exploring the differences between them before picking one for good.

From note-taking to scheduling events, Setapp has a huge collection of apps for all your jobs. Solve tasks faster than ever on Mac.

From tasks at work to chores at home, to catching up with friends and family, and everything in between, it’s easy to get overwhelmed with things to do. The trouble is finding the time to do them, prioritizing them accordingly, then actually remembering to carry them out. That’s where even simple to do lists can be a powerful productivity tool, freeing up your time and mental space to focus on what you do best.

However, there are now so many different to do list on Mac options in the marketplace that getting around to selecting one is a chore in itself. That’s why this guide just saves you some time by picking some of the best ones for you to consider.

What are some tips for using to do lists?

There’s an art to using to do lists effectively, no matter the technology. You don’t need to be a project manager or have high attention to details to make a Mac task manager work for you. Simply follow a few of the most important tips:

With these tips in hand, you’re ready to get out and find the technology that works best for you.

What should a good to do list app for Mac do?

When it comes to selecting a to do list on Mac, there are a few aspects to consider. Some of the apps aim for total simplicity, whereas others come packed with useful features for more advanced users. Here are a few things to look for in your next to do list app:

Now that you know what a good to do list should be, let’s take a deeper dive into some of the best to do list apps for Mac on the market.

Comparing the best to do list apps for Mac

Honestly, there are too many to do list apps out in the world to count. To make your decision easier, many of those have been evaluated and narrowed down to just five — each with its own pros and cons that could sway your decision depending on your preferences.

As a Mac user, you’ve probably heard of Apple Reminders, which comes pre-installed in iPhones, iPads, and, of course, Macs. One of the main pros of using Apple Reminders is the fact that it’s ready to go — no additional tinkering required. It also has the benefit of looking and feeling like the rest of your Apple software, including Siri support, so it’s a familiar experience. Reminders works well with other Apple users by allowing you to share tasks in iCloud, but, unfortunately, you can’t assign tasks to people outside of that ecosystem, or to multiple people.

If you’re looking for the best task manager for Mac with more features, then you can’t pass Omnifocus. Made exclusively for Apple devices, Omnifocus takes everything one step further by allowing lists to be grouped into different projects, depending on the type of activity you’re doing, making it useful for work. Everything syncs, but only between Apple devices, of course. All in all, Omnifocus is definitely a strong candidate for any power user.

Another to do list on Mac that comes with a strong set of features is Wunderlist. Unlike Apple Reminders and Omnifocus, it can be used across all devices and operating systems, including Windows. While the app features a clean interface, it does have some complexity to it, so overall Wunderlist targets users who would like to collaborate on tasks together.

If you care about speed and efficiency, you need 2Do — a perfect to do list app for people on the go. The quick-add feature makes creating new tasks a breeze, and you can even break your agenda up into a checklist format for subtasks.

A better version of Reminders

Get a top-notch app for busy folks. 2Do will help you organize any number of tasks into smart lists and break big jobs into subtasks.

While 2Do isn’t as full-featured as some of the alternatives, its upside is simplicity — essential for those who just need to get things done. 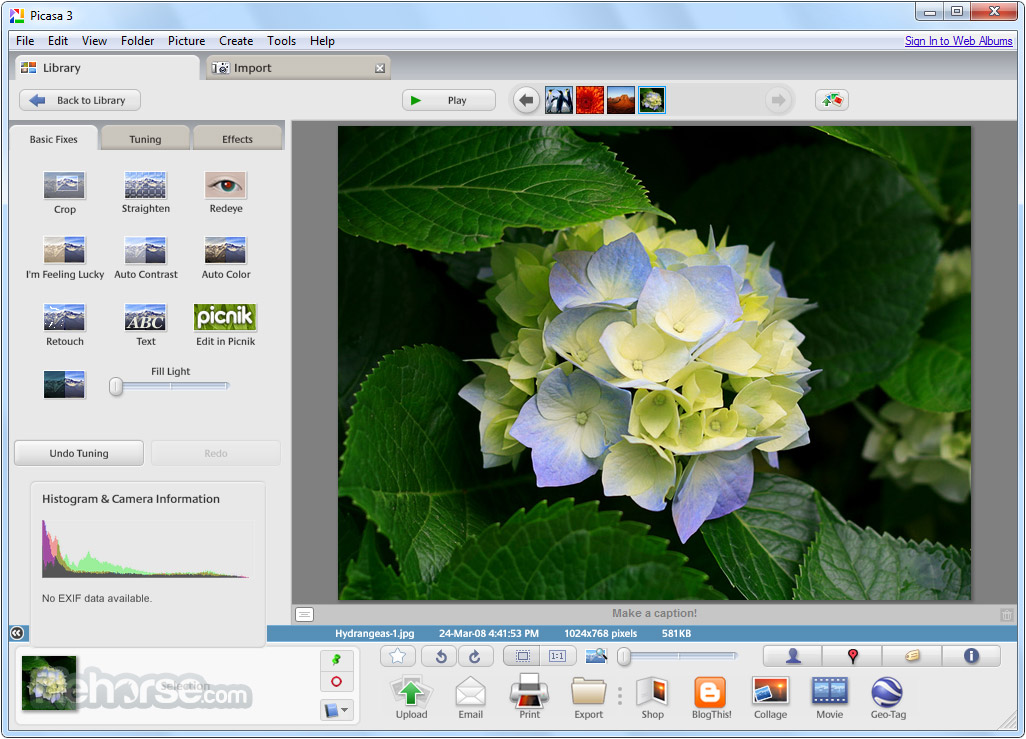 One more of the best to do list apps is GoodTask. The beauty of GoodTask is its native ability to integrate with Apple Reminders and Apple Calendar, while adding some extra functionality on top to help you become more productive. The downsides are few and far between: for example, it doesn't have the extended functionality of something like Omnifocus.

With one of the best to do list on Mac options in hand, you’re ready to go out and become more productive than ever. Just remember to consider the difference between a task and a habit, keep your task list below 15, and pick an app that suits your preferences.

While you’re at it, give Be Focused a try. Be Focused is another task manager for Mac with a welcome twist — alongside the standard features, such as multi-device support and task list organization, Be Focused lets you set timers for each task. Now you can get to work knowing that you’re on track by the minute. Want to look further ahead? You can even breakdown your annual, quarterly, and monthly tasks into groups for a wider view of your life’s goals.

Key proxifier for mac. An open-source command-line program for Mac OS X to make any app work through a proxy server. Proxifier can redirect all network traffic in your system to a proxy server. Free Open Source Mac. Function has been renamed to Profiles. The key features of the new approach are:. Fast switching between profiles. Password encryption Profile-Advanced-Encryption. XML format of profile files (.ppx). Proxifier Profiles of Windows and Mac versions are compatible so you can easily move configuration between the platforms.

Best of all, 2Do, GoodTask, and Be Focused are available to you on a free 7-day trial via Setapp, a subscription service for Mac that grants you access to more than 150 indispensable apps across all categories imaginable. Now that’s a definite boost for your productivity!