Are you wondering what goes on inside Apple’s Mac mini? Perhaps you’ve bought one and want to see what you can do with it?

If so, read on to discover everything you need to know about the Mac mini, from what it is, to how to set it up and tons of different things you can use it for, outside of a regular PC.

What is a Mac mini and what does it do?

The Mac mini is a small desktop computer made by Apple. What makes the Mac mini different from a regular computer is that it’s shipped without an accompanying screen, keyboard or mouse. As Apple likes to say, it’s “BYODKM” (Bring Your Own Display, Keyboard, and Mouse).

The reason behind the Mac mini being shipped solo, is because most of its use cases feature around using it to power up another device, as we’ll discuss in more detail below.

It also makes for more of a flexible purchase. For example, if you already have a screen, or a keyboard and mouse, you can pair these with the Mac mini rather than forking out for new ones. And if you don’t, you can easily purchase them alongside the Mac mini anyway.

The Mac mini has been around since 2005 (launched at the same time as the iPod shuffle) but its design and functionality have changed since then.

Specification of the Mac mini 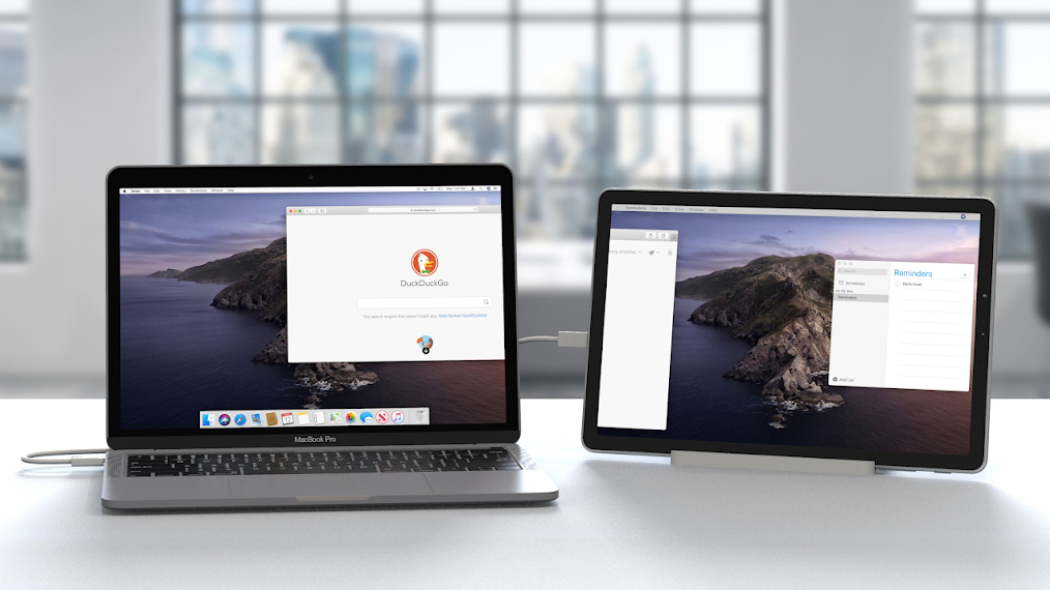 Uses for the Mac mini

Benefits of the Mac mini

Some of the key benefits of the Mac mini include:

How to set up a Mac mini

Here’s how to get your Mac mini running, from getting it out of the box to using it for a purchase such as connecting to your home TV.

Before you begin setup some of the questions you may want to consider include:

Once you’ve made your decision and purchased any additional items you need, here’s how to get set up.

Plug the power adaptor into your Mac mini and plug the other end into your power outlet. Press the power button on the back of the Mac mini. 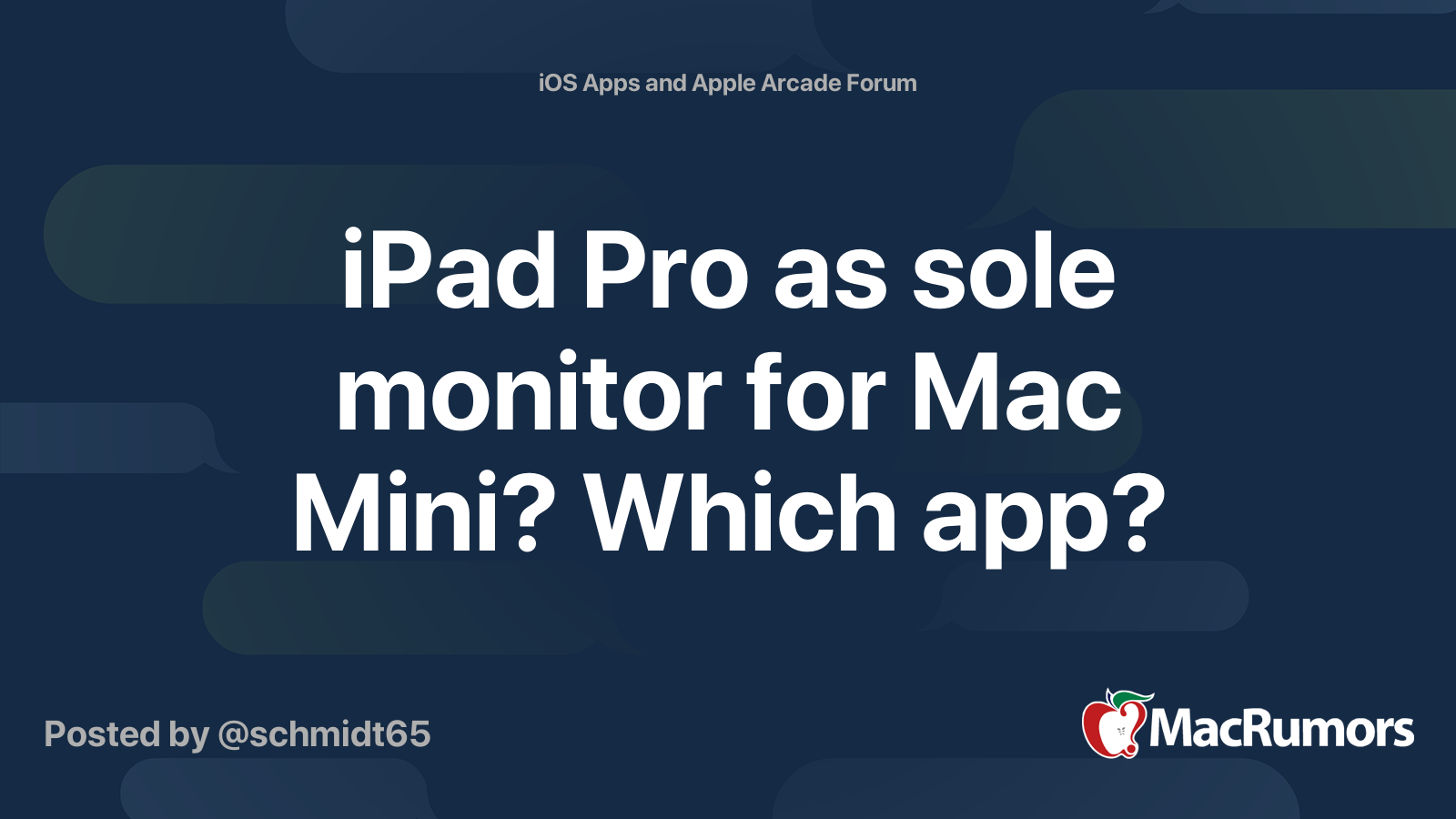 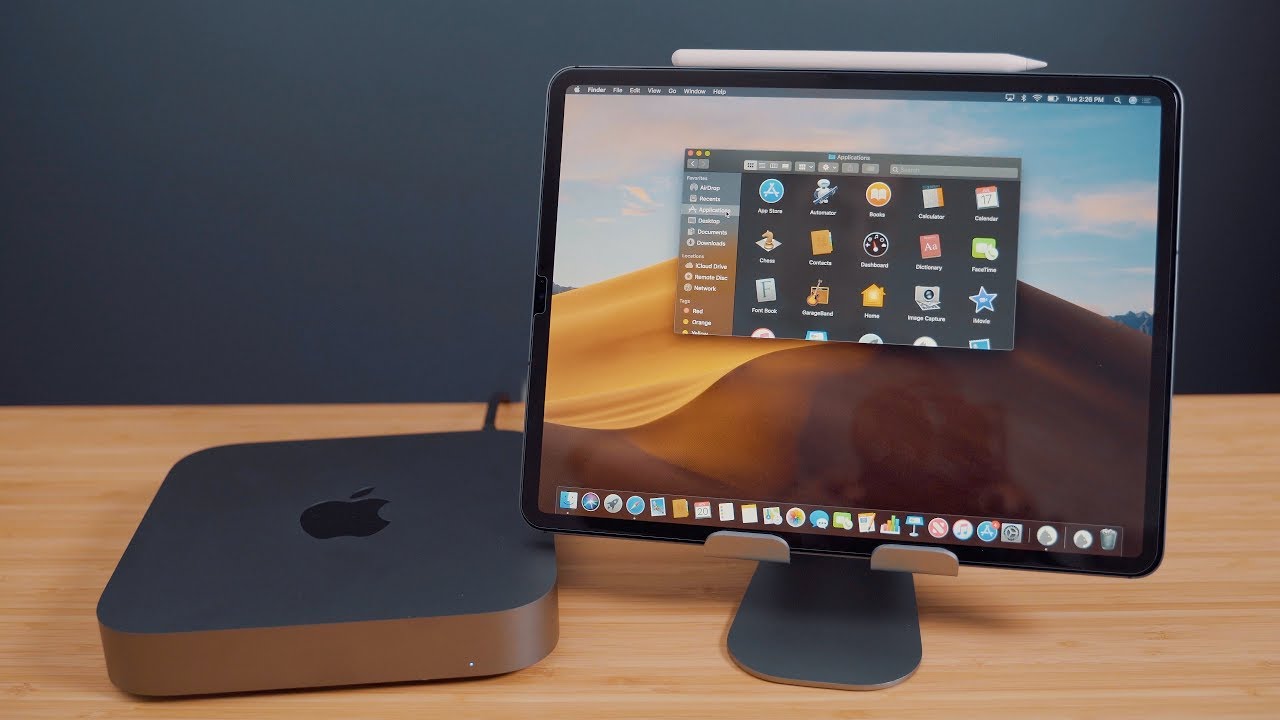 2. Attach to your TV or monitor

Connect your Mac mini to your TV or desktop. The Mac mini comes with a HDMI-to-DVI adapter for connecting to a monitor's DVI port, which will allow you to connect to an Apple monitor.

If you want to connect to a TV screen you may need to purchase a mini-displayport-to-VGA adapter which will allow you to connect your Mac mini to a standard analog monitor, projector, or LCD that uses a VGA connector or cable.

Once turned on, the setup guide should take you through a few simple steps, including setting up a Wi-Fi connection.

This will give you access to the App Store and and will link your iCloud account if you wish to connect to your Mail, Photos, Calendar and so on.

From here, you can begin using your PC or TV screen as a computer, using the desktop to search for apps, open web pages and more.

What can you do with your Mac mini?

Want to ensure you’re getting the most from your Mac mini device? Here are some ideas on how you can use it:

The Mac mini is a great way to take everything you’d usually do on your phone or laptop and access it on your TV screen. This could be sharing photos with a room, opening mail or accessing your documents.

The Mac mini is super light, which means you can take it anywhere, plug it into a desktop and you’ll have a powerful computer. This allows you to work from anywhere, or set up shop in any location where there’s a monitor and Wi-Fi available.

The Mac mini is a great way to turn any screen into a digital sign. This allows you to pre-schedule and setup content to show on your digital screen such as social media feeds, presentations, travel updates, news feeds and more. Read the full guide on setting up digital signage with the Mac mini here.

With the Mac mini and a screen, or desktop, you can create a home viewing centre that allows you to watch movies, surf the internet and listen to music. Via streaming apps such as Netflix, or even through movies you’ve bought on iTunes, you can easily set up movies to play on any screen. You can also use music apps available in the Apple App Store or use Safari to get online.

The Mac Mini includes a SDXC card slot so you can simply remove the memory card from your camera and insert it. This allows you to view photos on a monitor, or share them with the room from your TV screen.

Can you use any monitor with a Mac mini?

The Mac mini doesn’t come with a monitor, but you can connect it to one using one of the ports on the back of the device. Using the right adapter, you can connect the Mac Mini to any computer screen with a VGA port. The Mac Mini ships with a HDMI-to-DVI adapter but it’s only really Apple monitors which use DVI, so for a regular monitor you may need a HDMI-to-VGA or mini displayport-to-VGA connector instead.

Tap the shortcut you want to copy actions from. You can choose individual actions to copy, or choose them all. You’ll then be asked to Copy or Move the actions, with three choices: Same Workflow. To copy and paste using the keyboard on a Mac you need to locate the following 3 keys on the keyboard: Command key (the one with the squirly pattern on it). How to Copy & Paste on Mac. Copy and paste on a Mac is always the same, notwithstanding what Mac operating system is running. Whether it is macOS, Mac OS X, OS X, or Mac OS, on any Mac ever produced, the commands for copy and paste have always been the same. To copy the entire screen, press Command-Control-Shift-3. The screen shot will be placed on your clipboard for you to paste into another program like PowerPoint, Word, Photoshop, etc. Portion of the screen: To capture a portion of the screen, press Command-Shift-4. Mac cut and paste commands.

How do you turn on a Mac mini?

Simply press the power button on the Mac mini box.

Can you use any keyboard with a Mac mini?

Got a question to add? Email us: [email protected]

Extend or mirror your Mac desktop with Sidecar

Learn more about using external displays. For example, you can use Displays preferences to arrange displays so that your iPad extends the left, right, top, or bottom of your desktop.

Move a window to your iPad display

If you hover your pointer over the full-screen button of a window, you can choose to move that window to or from your iPad display. It's faster than dragging the window, and the window is perfectly resized for your display.

The sidebar puts commonly used controls on the side of your iPad screen. It includes Command, Shift, and other modifier keys, so you can choose essential commands with your finger or Apple Pencil instead of a keyboard.

Use Sidecar preferences to turn off the sidebar or change its position.

Tap to show or hide the menu bar when viewing a window in full screen on iPad.

Command. Touch and hold to set the Command key. Double-tap to lock the key.

Option. Touch and hold to set the Option key. Double-tap to lock the key.

Control. Touch and hold to set the Control key. Double-tap to lock the key.

Shift. Touch and hold to set the Shift key. Double-tap to lock the key.

Use the Touch Bar

Many apps on Mac have Touch Bar controls that make common actions even easier. With Sidecar, you get a Touch Bar on your iPad screen even if your Mac doesn’t have a Touch Bar. It works just like the Touch Bar on Mac, and you can tap its controls with either your finger or Apple Pencil.

Use Sidecar preferences to turn off the Touch Bar or change its position.

Use Ipad As Main Monitor For Mac Mini

Use gestures for scrolling and other actions

Multi-Touch gestures on iPad remain available when using Sidecar. These gestures are particularly useful with Sidecar:

To point, click, select, and perform tasks such as drawing, editing photos, and manipulating objects on your iPad while it's extending or mirroring your Mac display, you can use your Apple Pencil instead of the mouse or trackpad connected to your Mac. You can also use it to write, sketch, and mark up documents while seeing the updates live on your Mac.

Sidecar also supports double-tap, which you can turn on in Sidecar preferences. Double-tap enables apps that support this feature to perform custom actions when you double-tap on the side of your Apple Pencil (2nd generation).

Use a keyboard, mouse, or trackpad

During your Sidecar session, you can type using a keyboard connected to either your Mac or iPad, including the Smart Keyboard or Magic Keyboard for iPad.

Ipad As Monitor For Mac Mini

Choose Apple menu  > System Preferences, then click Sidecar. These preferences are available only on computers that support Sidecar.