You do not need to be a computer expert to know what a MAC address is. It is a unique address for devices with network capabilities. We explain what you should know about the MAC address.

Explanation: What is a MAC address?

Structure of the MAC address

The structure of the 48-bit address is precisely defined. The first two bits specify the type of speech. Among other things, they determine whether it is a multicast or broadcast address or a globally unique individual address.

Subsequently, until the end of the third byte, the manufacturer identifier of the network card or hardware follows. The bit sequence is called Organizationally Unique Identifier (OUI) and is awarded by the IEEE to the various manufacturers of the appliance.

The manufacturer specified the last three bytes of address. It assigns this bit sequence only once, thus ensuring that the complete address is unique. The spelling is usually in hexadecimal form, where hyphens or colons separate the bytes.

The different forms of representation of MAC addresses 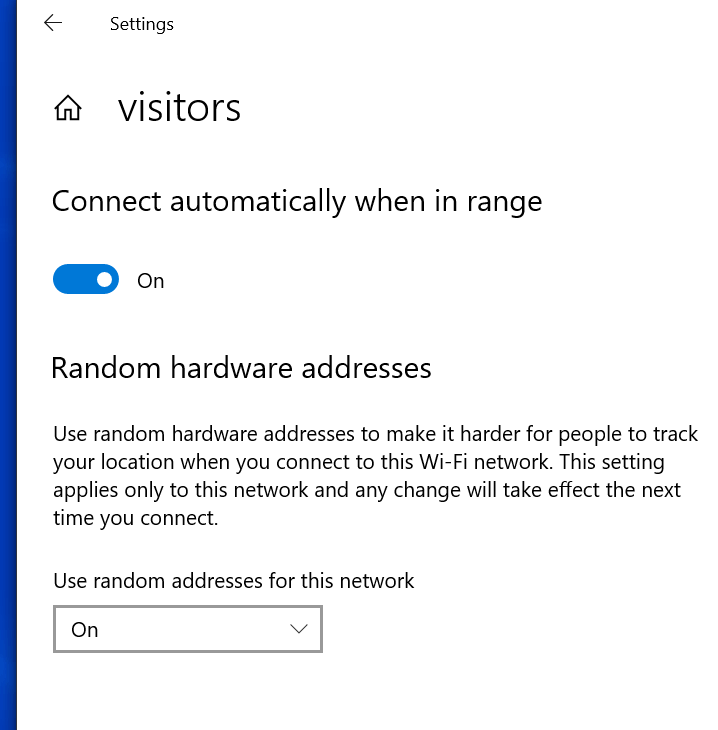 There are various forms of representation of MAC addresses. A distinction can be in between the canonical and the bit-reversed description. The most common is the authoritative description. It consists, as already described, of a sequence of two-digit hexadecimal numbers, separated by a hyphen (sometimes also by a colon).

Less common is the bit-reversed or non-canonical form.

The function of MAC addresses in the network

The essential feature of the MAC addresses is the delivery of a frame on layer 2. If the IP destination address is in the same subnet in an IP network, the delivery is made directly to the physical address of the target computer. If the IP address belongs to another subnet, the layer two frames address to the MAC address of the responsible router (usually the default gateway).

The router is responsible for switching the packet to the next network node or the destination computer and also sends it on the following network section to a MAC address. At the same time, the router replaces the source MAC address of the source frame with its own.

Unique MAC addresses and their function

In addition to the globally unique MAC addresses for the identification of network interfaces, addresses with special features exist. These are, for example, MAC multicast and MAC broadcast addresses. With the help of these addresses, Ethernet frames can be sent simultaneously to several or all stations of a broadcast domain.

The broadcast address in Ethernet consists of all ones and is FF-FF-FF-FF-FF-FF. Broadcasts can create a heavy burden on a network. A broadcast storm, triggered by parallel connections between switches, can paralyze the entire system.

Can you change your MAC address?

It is not the manufacturer’s intention to change a MAC address. However, with various tools or programs, this is possible so that the MAC address can vary with specific programs. For Windowsoperating systems, for example, there is the SMAC tool with which it can change as required.

Basically, you can find MAC addresses in all the electronic goods. It is not necessary to find the MAC addresses, as it is know to all the networks by default.

Review What is a MAC Address? – Definition, Structure, Types and More.

How would you communicate with a device when you don’t have the IP?

You might be in a situation where you don’t have the IP address of a device in a local network, but all you have is records of the MAC or hardware address.

Or your computer is unable to display its IP due to various reasons, and you are getting a “No Valid IP Address” error.

Finding the IP from a known MAC address should be the task of a ReverseARP application, the counterpart of ARP.

But RARP is an obsolete protocol with many disadvantages, so it was quickly replaced by other protocols like BOOTP and DHCP, which deal directly with IP addresses.

In this article, we’ll show you how to find IPs and device vendors using MAC addresses with different methods for free.

ARP (Address Resolution Protocol) is the protocol in charge of finding MAC addresses with IPs in local network segments.

It operates with frames on the data link layer.

As you might already know, devices in the data link layer depend on MAC addresses for their communication.

A device must know the destination MAC address to communicate locally through media types like Ethernet or Wifi, in layer 2 of the OSI model.

Understanding how ARP works can help you find IPs and MAC addresses quickly.

The following message flow diagram can help you understand the concept:

The local computer sends an ARP REQUEST message to find the owner of the IP address in question.

This message is sent to all devices within the same segment or LAN through a broadcast MAC (FF:FF:FF:FF:FF:FF) as the destination.

You can use ARP to obtain an IP from a known MAC address.

But first, it is important to update your local ARP table in order to get information from all devices in the network.

Send a ping (ICMP echo reply) to the entire LAN, to get all the MAC entries on the table.

To ping the entire LAN, you can send a broadcast to your network.

Open the Command Prompt in Windows or terminal in macOS and type.

This will open the command-line interface in Windows.

From the results shown above, you can map the MAC address to the IP address in the same line.

Finding IPs with the DHCP Server

The Dynamic Host Configuration Protocol (DHCP) is the network protocol used by TCP/IP to dynamically allocate IP addresses and other characteristics to devices in a network.

The DHCP works with a client/server mode.

The DHCP server is the device in charge of assigning IP addresses in a network, and the client is usually your computer.

For home networks or LANs, the DHCP Server is typically a router or gateway.

If you have access to the DHCP Server, you can view all relationships with IPs, MACs, interfaces, name of the device, and lease time in your LAN. 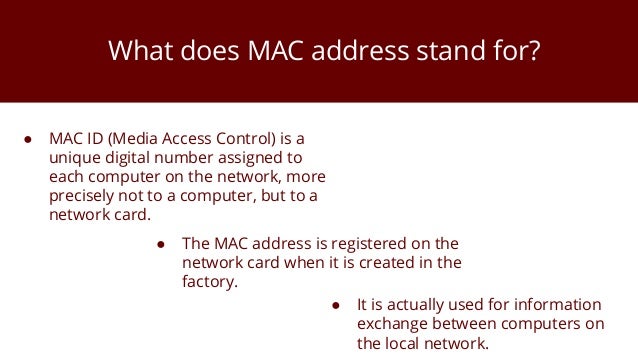 If you couldn’t find the IP in the ARP list or unfortunately don’t have access to the DHCP Server, as a last resort, you can use a sniffer. Packet sniffers or network analyzers like Nmap (or Zenmap which is the GUI version) are designed for network security.

They can help identify attacks and vulnerabilities in the network.

With Nmap, you can actively scan your entire network and find IPs, ports, protocols, MACs, etc.

If you are trying to find the IP from a known MAC with a sniffer like Nmap, look for the MAC address within the scan results.

How to find the Device and IP with a Sniffer?

Finding out the device vendor from a MAC address

Ok, so now you were able to find out the IP address using “arp -a” command or through the DHCP Server.

But what if you want to know more details about that particular device?

What vendor is it?

Your network segment or LAN might be full of different devices, from computers, firewalls, routers, mobiles, printers, TVs, etc.

What Is An Mac Address

First, it is essential to understand the format of the MAC address.

The first half of the six octets represent the Organizational Unique Identifier (OUI) and the other half is the Network Interface Controller (NIC) which is unique for every device in the world.

There is not much we can do about the NIC, other than communicating with it.

But the OUI can give us useful information about the vendor if you didn’t use Nmap, which can also give you the hardware vendor.

A free online OUI lookup tool like Wireshark OUI Lookup can help you with this.

Just enter the MAC address on the OUI search, and the tool will look at the first three octets and correlate with its manufacturing database.

Although the RARP (the counterpart of ARP) was specifically designed to find IPs from MAC addresses, it was quickly discontinued because it had many drawbacks.

RARP was quickly replaced by DHCP and BOOTP.

But ARP is still one of the core functions of the IP layer in the TCP/IP protocol stack.

It finds MAC addresses from known IPs, which is most common in today’s communications.

ARP works under the hood to keep a frequently used list of MACs and IPs.

But you can also use it to see the current mappings with the command arp -a.

Aside from ARP, you can also use DHCP to view IP information. DHCP Servers are usually in charge of IP assignments.

If you have access to the DHCP server, go into the DHCP Client list and identify the IP with the MAC address.

Finally, you can use a network sniffer like Nmap, scan your entire network, and find IPs, and MACs.

What Address Is Used For Mac Address Broadcast

If you only want to know the vendor, an online OUI lookup like Wireshark can help you find it quickly.