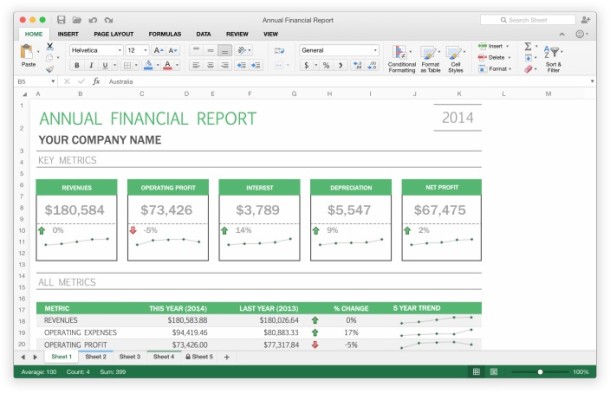 For the last 12 months, Microsoft has focused on getting its flagship Office suite on screens where it's never been before—iPhones, iPads, and Android tablets. The Office for OS X apps were left behind, though. Microsoft released a new version of Outlook and an official OneNote client, but the core Word, Excel, and PowerPoint apps were stuck back in 2010. 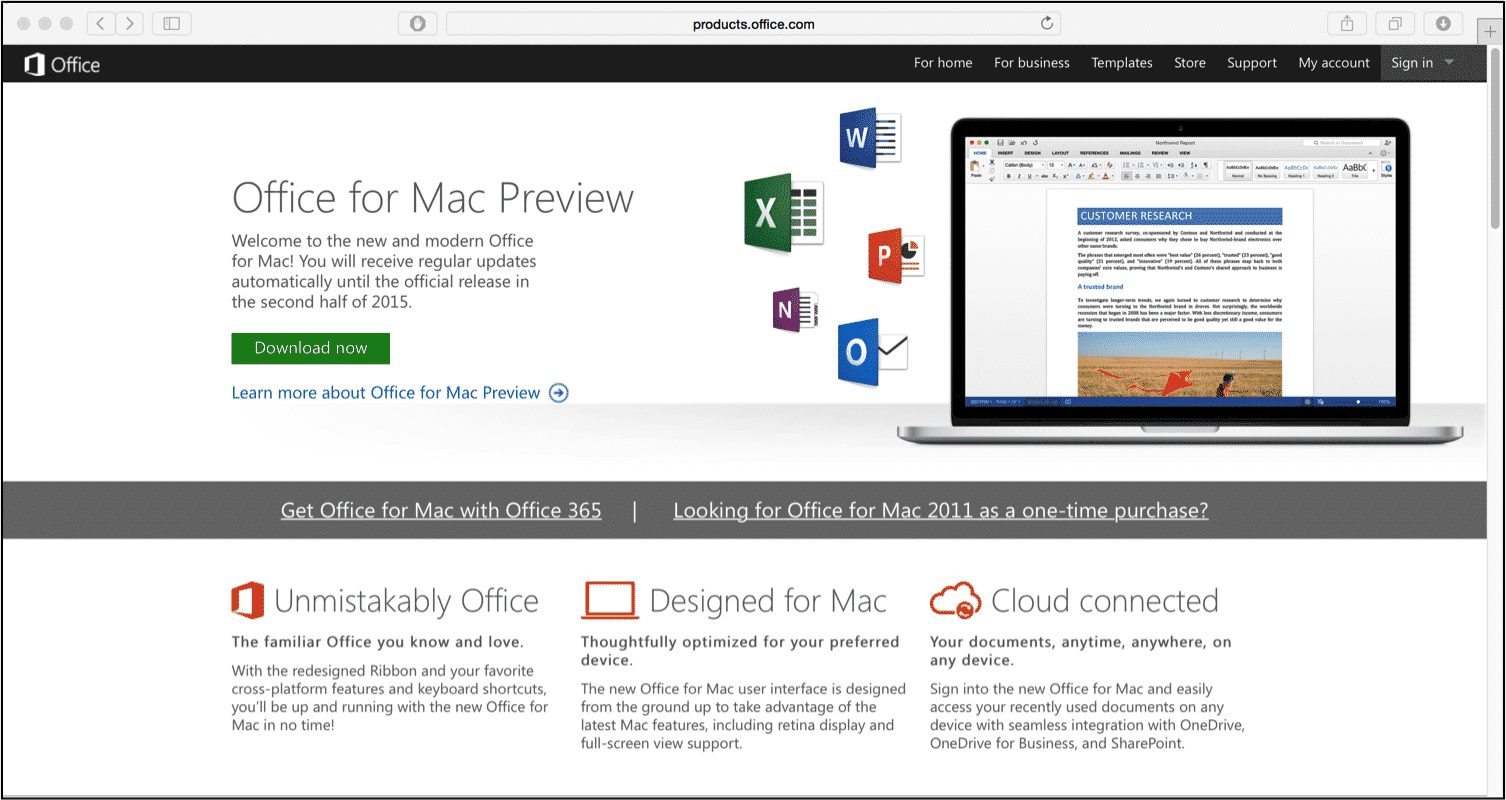 That changes today. Microsoft has just released a preview of Office 2016 for Mac, a suite which will include the current versions of Outlook and OneNote alongside newly updated versions of Word, Excel, and PowerPoint. The preview runs on OS X Yosemite, it's free to use, and it includes a tool for providing feedback to Microsoft. Once the final versions of the apps ship 'in the second half of 2015,' users with Office 365 subscriptions will get the new apps immediately. There may be some kind of standalone version available for those who want it, but Microsoft hasn't said.

The new apps take the styling introduced in OneNote and Outlook for OS X and apply it to the other apps in the suite. The ribbon interface now more closely resembles the one in Office 2013 for Windows—Office for Mac 2011 was closer to its Windows counterpart than older versions, but it still looked like a product from another company. The apps integrate much better with OneDrive than the previous versions did, and they support the standard collaborative editing features present on other platforms. All apps also play nice with OS X-specific features, including Full Screen mode, sandboxes for apps, and Retina display support. Mkv for mac download.

Interested users can download the beta here, and it can be installed alongside Office 2011 if you're not comfortable doing all your work in beta software. Microsoft's auto-updater will patch the apps as new versions are available. Microsoft says that each build will expire after 60 days, so don't expect free software in perpetuity.