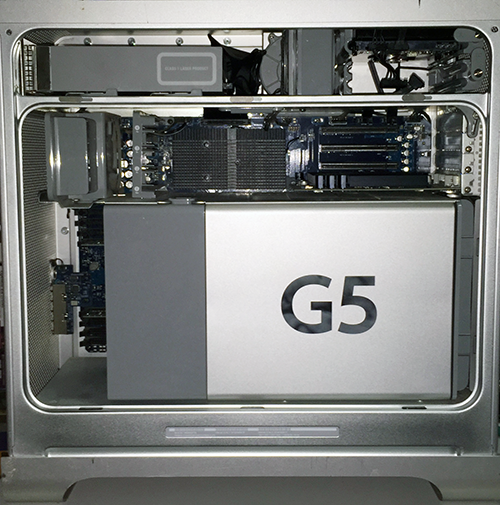 Mac Specs: By Processor: PowerPC G4. Complete technical specifications for every Apple Mac using the PowerPC G4 processor are listed below for your convenience. For other processors, please refer to the main By Processor page.

The Power Mac G4 is a series of personal computers designed, manufactured, and sold by Apple Computer, Inc. from 1999 to 2004 as part of the Power Macintosh line. Built around the PowerPC G4 series of microprocessors, the Power Mac G4 was marketed by Apple as the first 'personal supercomputers',[1] reaching speeds of 4 to 20 gigaFLOPS. This was the first existing Macintosh product to be officially shortened as 'Mac', and is the last Mac able to boot into classic Mac OS. 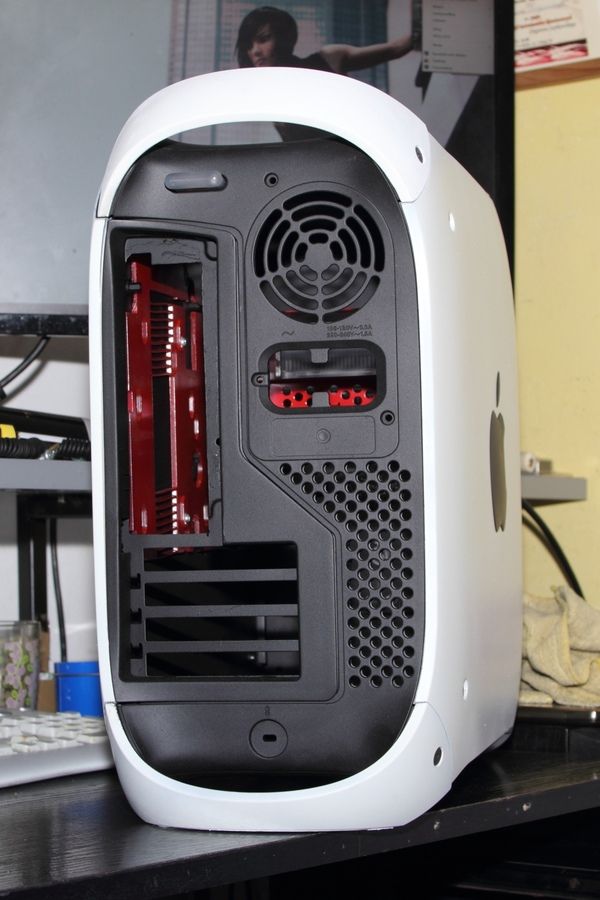 Apple originally planned to ship the 500 MHz configuration in October 1999, but they were forced to postpone this because of poor yield of the CPUs. In response, Apple reduced the clock speed of the processor in each configuration by 50 MHz (making the options 350 MHz, 400 MHz and 450 MHz), which caused some controversy because they did not lower the original prices.[3]

The early 400 MHz (later 350 MHz) PCI-based version used a motherboard identical to the one used in Power Macintosh G3 (Blue and White) computers including the use of Zero Insertion Force (ZIF) processors sockets[4] (minus the ADB port), in a 'graphite' colored case and with the new MotorolaPowerPC 7400 (G4) CPU. The higher-speed models, code name 'Sawtooth', used a greatly modified motherboard design with AGP 2x graphics (replacing the 66 MHz PCI slot).

The machines featured DVD-ROM drives as standard. The 400 MHz and 450 MHz versions had 100 MBZip drives as standard equipment, and as an option on the 350 MHz Sawtooth. This series had a 100 MHzsystem bus and four PC100SDRAM slots for up to 2 GB of RAM (1.5 GB under Mac OS 9). The AGP Power Macs were the first to include an AirPort slot and DVI video port. The computers could house a total of three hard drives, two 128 GB ATA hard drives and up to a single 20GB SCSI hard drive, with the installation of a SCSI card.

A new line with a revamped motherboard but the familiar 'Graphite' case debuted on January 9, 2001. Known officially as the Power Mac G4 (Digital Audio), it is in effect a Quicksilver design inside the Graphite enclosure. Motorola had added a seventh pipeline stage in the new PowerPC G4 design to achieve faster clock frequencies. New features included a fourth PCI slot, a 133 MHz system bus, an improved 4X AGP slot, and a new 'digital audio' Tripath Class T amplifier sound system. The models were offered in 466 MHz, 533 MHz, dual 533 MHz, 667 MHz and 733 MHz configurations, the latter two using a newer PowerPC 7450 processor. The number of RAM slots was reduced to three, accommodating up to 1.5 Gigabytes of PC133SDRAM.

The 733 MHz model was the first Macintosh to include a built-in DVD-R or Apple-branded SuperDrive, the rest of the line became the first Macs to ship with CD-RW drives. This was also the first series of Macs to include an Nvidia graphics card, the GeForce 2MX.

At Macworld ExpoNew York on July 18, 2001, a new line debuted featuring a cosmetically redesigned case known as Quicksilver, and various upgrades to the specifications. It was available in 733 MHz, 867 MHz and dual 800 MHz configurations. The 733 MHz model was notable for not having a level three cache. The SuperDrive was offered on the mid-range 867 MHz model, and UltraATA/100 hard drives were offered on all models. The internal speaker received an upgrade, using a Harman/Kardon speaker.

Quicksilver received criticism in MacWorld's review for removing the 'eject' button and the manual eject pinhole, as well as the pass-through monitor power plug, and for the base specification of 128 MB RAM as being insufficient for running Mac OS X.[6]

Updated Quicksilver machines, officially named Power Mac G4 (QuickSilver 2002), were introduced on January 28, 2002 with 800 MHz, 933 MHz and dual 1 GHz configurations. This was the first Mac to reach 1 GHz. Again, the low end 800 MHz model did not include any level three cache. The graphics in this series were provided by an Nvidia GeForce4 MX400 card. Some of these models have ATA controllers with 48 bit LBA for hard drives larger than 128 GB. 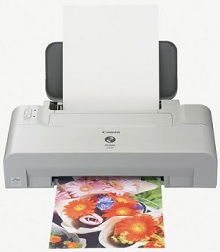 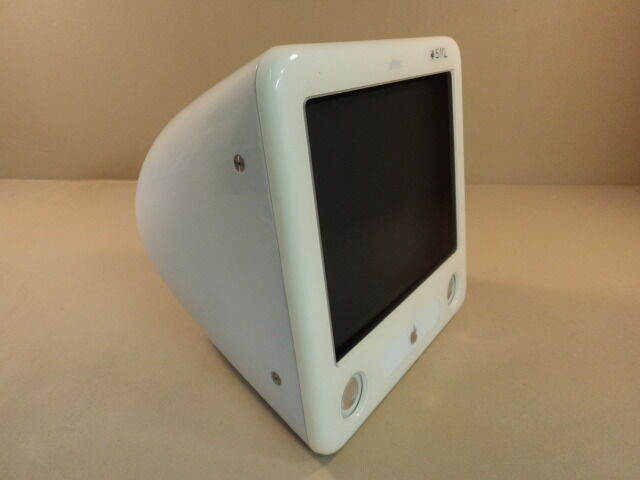 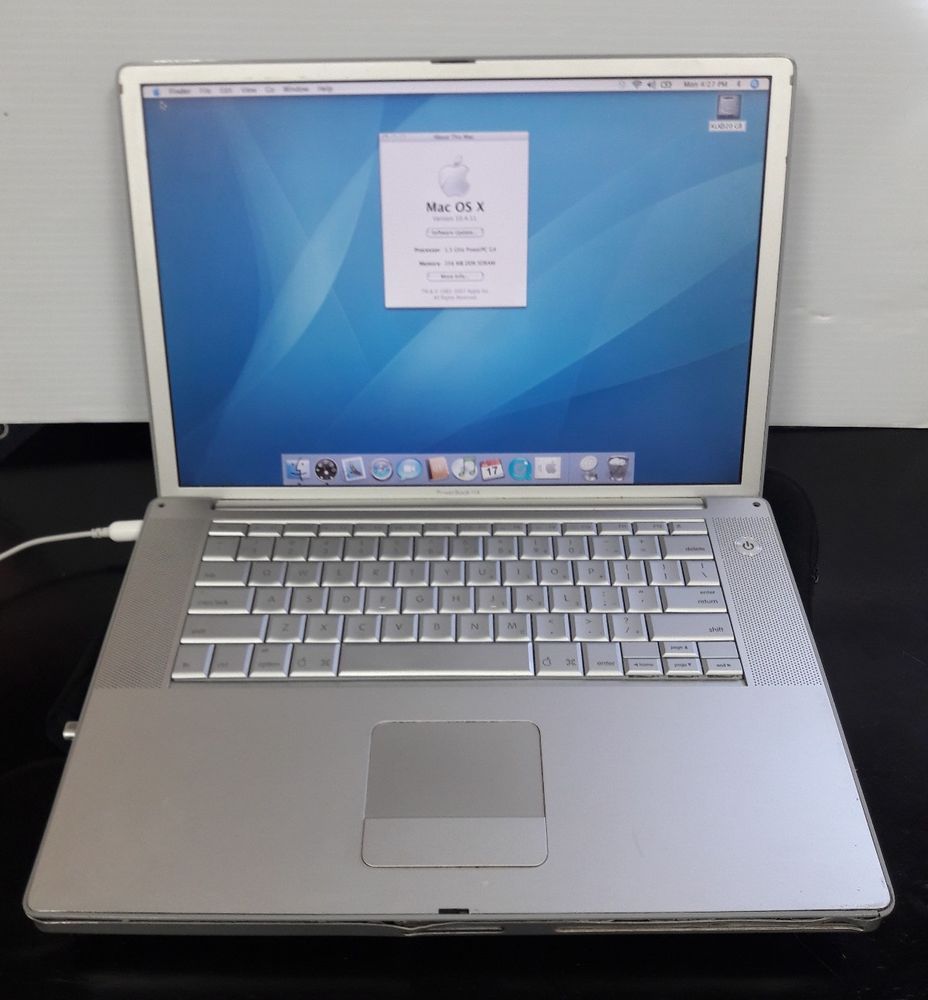 Another generation of Apple Power Mac G4s, officially named 'Mirrored Drive Doors' (MDD), was introduced on August 13, 2002, featuring both a new Xserve-derived DDR motherboard architecture and a new case design. All models were available in dual processor configurations running at 867 MHz, 1 GHz or 1.25 GHz. As with the Xserves, the PowerPC 7455 CPU used does not have a DDR frontside bus, meaning the CPU could only use at most 50% of the new system's theoretical memory bandwidth, providing no improvement over previous models. The rest was available to the graphics card and I/O systems. A single processor 1.25 GHz model would be the last Power Mac G4 the company offered to the public after the announcement of the new Power Mac G5, introduced in June 2003.

The last real update to the Power Mac G4 line was on January 28, 2003 offering dual 1.42 GHz PowerPC 7455 processors, with features not seen in previous DDR models: built-in FireWire 800 connector, optional integrated Bluetooth, and optional integrated AirPort Extreme. These were also the first Power Macs that could not boot into Mac OS 9.

With the launch of the Power Mac G5 on June 23, 2003, Apple re-introduced the August 2002 Power Mac G4 because of perceived demand for Mac OS 9 machines. Between that, its low price-tag, and the delayed availability of Power Mac G5s, it proved a strong seller for a relatively short time. Production stopped on June 27, 2004 and the remaining inventory was liquidated, ending the 20-year legacy of Classic Mac OS support with its discontinuation.