XML in full is extensible markup language. It is normally used to transmit and store data. There has been an increase in the number of xml tools being used. The reason for this is because of its availability and simplicity of use. Developers and users alike are choosing xml tools as the best option.

This is because of the benefits that xml has to offer. Here are just some of the xml tools that are being used by developer and users.

Altova is one of the popular Xml tools. These tools give developers an environment for using technologies such as UML, SQL, and XBRL. At the same time the developers are able to create XML applications without any difficulty. The altova XML tools is all developers need to come up with the right code for their applications.

Oxygen xml editor gives developers suitable development tools. It can be used by multiple users. It can also be used by both beginners and experts. Additionally, oxygen xml editor is used by all the operating systems, multiple platforms and stand alone application. There are powerful tools for publishing, editing and creating XML documents.

XML buddy is used to format and edit files such as XHTML, XML files and XSD. It can also generate DTDs by using the XML documents. It is a plug-in meant for eclipse IDE. This tool can be run on any version of eclipse without being changed.

Xml editor is an xml editing tool that is used for creating Xml documents. It includes XML tree, XML view, XML grid and XML script mode. It is suitable for use with windows. The xml fox editor also has cut and paste options. There are also other tools which can be used for editing.

Xml marker is an xml editor which shows both tabular and hierarchical xml data. Some of its features are automatic indexing, table sorting, drill down, syntax editing, branch selector and many more. It provides you with a code text range. You can easily modify the xml by making use of text wizards.

The beyond xml software allows you to compare xml files. It also has flexible filtering. This xml editor has a segment with attributes, nodes among other elements. In addition, it produces xml reports that summarize the result from the xml files.

Xml wrench is a simple tool used for editing xml files. It is used for CSS editor, HTML editor and DTD editor. It is a program suitable for windows platform. It can be used for converting HTML to XML. Furthermore, this tool can also be used for generating XML from the XML source.

Editix xml editor has the ability to identify syntax errors. It also supports several templates. Users can utilize Xquery, XSLT and FO. Editix also allows for managing processes by use of shortcuts. Some of the templates that come with editix are DTD, XML, XSLT, XHTML, XSD and SVG among others.

Other XML Tools for Different Platforms

There are several xml tools which are suitable for different platforms. There are specific tools meant for use with android, windows, Linux and Mac. In case you are looking for an xml tool suitable for your operating system, feel free to check out the ones below.

Fullxml is a web portal which is based on technology such as asp/xsl/xml. Some of its unique features are per page configuration, Wysiwyg DHTML editor, per article configuration, and XSLT skin engine. It is suitable for use with windows operating system and does not need any database to store files. Fulllxml tool stores all its files in the xml files.

Kxml editor is simply a lightweight editor that works well with KDE applications. The kxml editor enables the user to choose a given node by utilizing xpath. It is an efficient tool since it can be used to produce Xml documents. However, it cannot be used to open documents which have syntax errors.

What are Xml Tools?

XML tools are programs used to develop XML documents. They can also be used to convert files, generation of codes, XSD support, opening XML and much more. There are several programs in the market which can be used to create XML documents. These tools can be used by both users and developers. Furthermore, these tools are simple and easy to use making them a popular choice for many people.

You can download The ximplify is specifically meant for use with the Mac OS X. It will analyze the XML when you are typing and thus give useful editing aids. Ximplify also shows the structure of the document. Additionally, this tool gives auto completion suggestions. The tool makes it a lot easier to create XML documents and any of the ones given above be able to store your documents safely. Developers no longer have to use manual ways to create extensible markup language.

How to Install XML tools

It is easy to download and install the xml tools to your computer. The first step is to choose the website that you want to use for your installation. Once you have opened your specific website, the next thing to do is click on download. The downloading process will only take a few minutes to complete. After the software has been downloaded successfully, you need to install it to your personal computer. You can then save the download and you can then use the xml program for creating your documents.

Another enhanced features in new Lion that most of the users love is full-screen mode. Safari for lion mac. 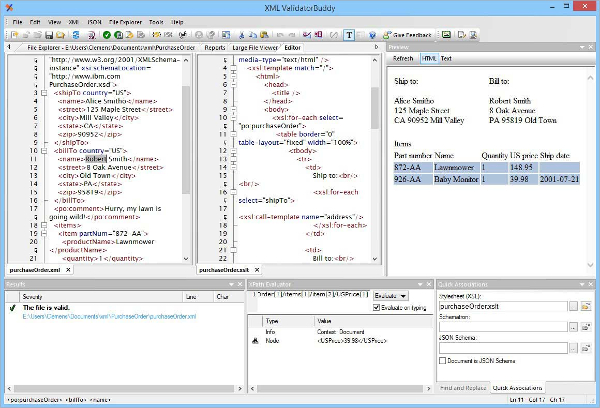 Xml tools can be used by XML developers. There are a number of benefits that developers can get by using XML. Most companies use xml tools because of their simplicity. It is easy to use and read the information that has been coded using the xml tools. Additionally, the tools are used to embed any existing data. Xml makes it a lot easier to embed data structures.